Magic: the Gathering is coming back to comics with Boom! Studios!

This April 7th Magic: the Gathering comes back to bring their stories to comic books! This article was originally published by Previews World: 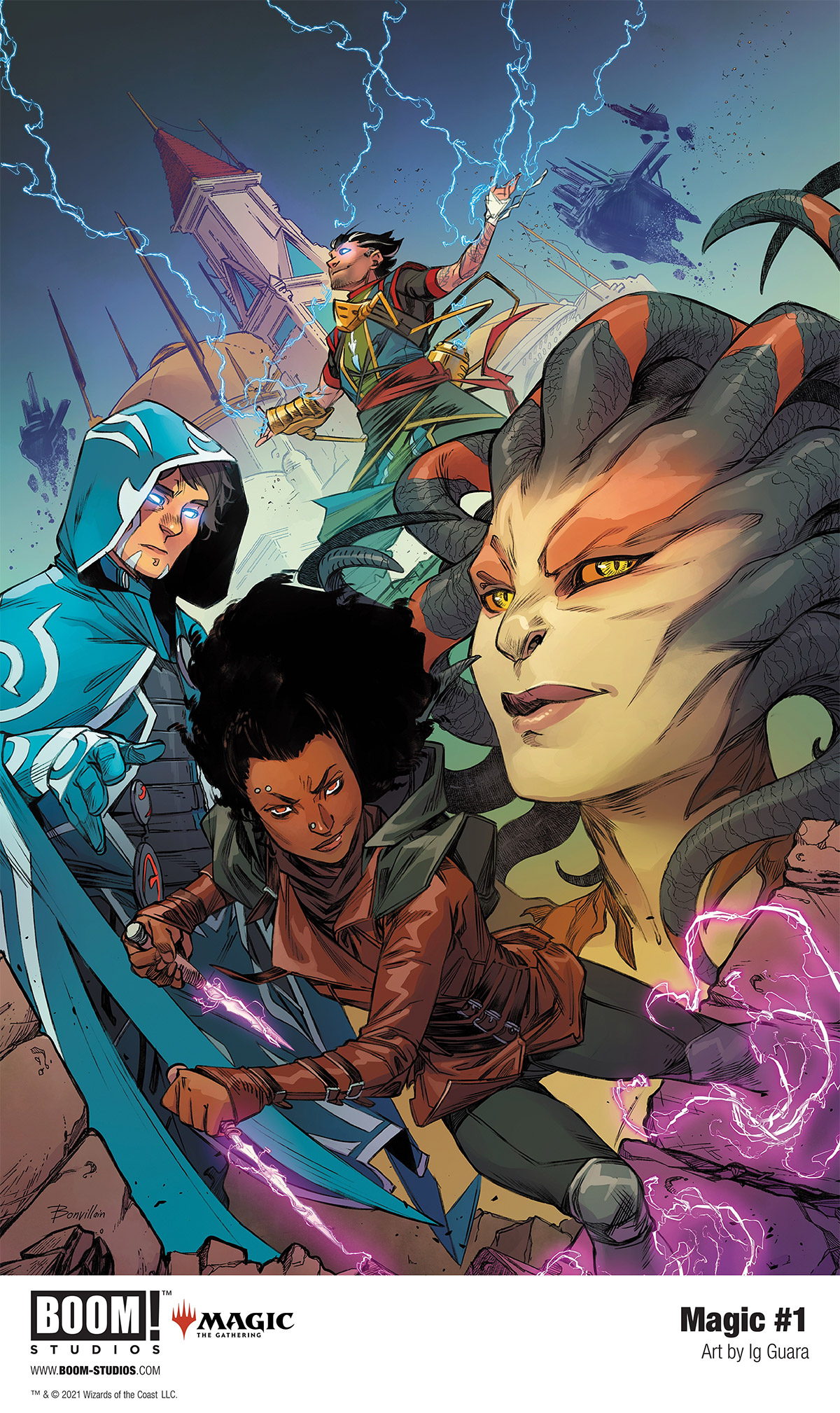 Across the vast Multiverse, those gifted with a “spark” can tap into the raw power of Magic and travel across realms -- they are Planeswalkers. When coordinated assassination attempts on Guildmasters Ral Zarek, Vraska, and Kaya rock the city of Ravnica and leave Jace Beleren’s life hanging in the balance, a fuse is lit that threatens not just these three Guilds, but the entire plane of Ravnica. Now these three must covertly infiltrate the wild plane of Zendikar and form a tenuous alliance to uncover why the targets of the assassins have all been Planeswalkers. . . which will lead them straight to one of the most enigmatic characters in Magic history! 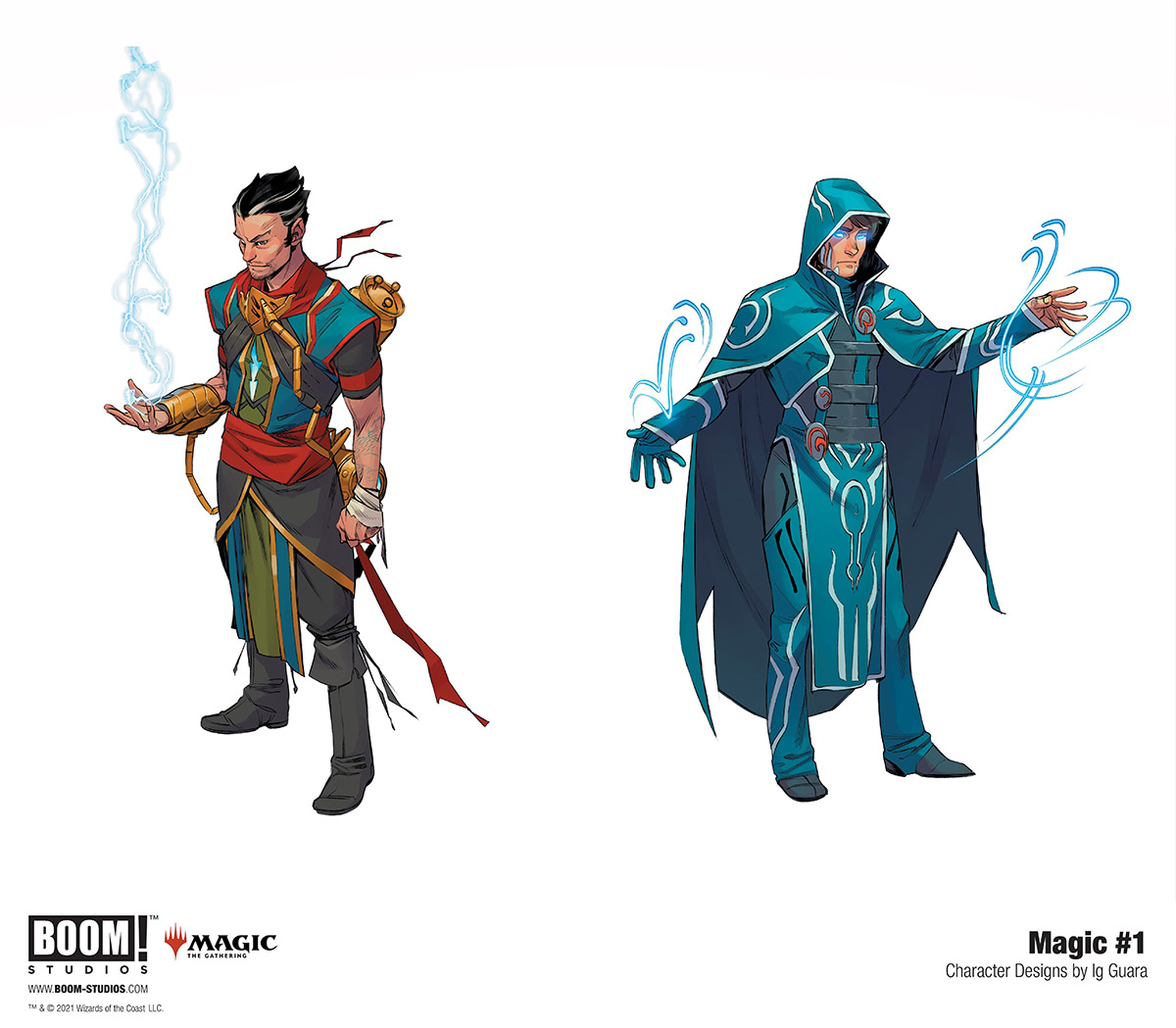 Jed MacKay is a comic book writer based in Halifax, Nova Scotia. He is best known for his work on Marvel Entertainment’s Black Cat, Taskmaster, and Avengers: Mech Strike, as well as various other titles. He can be found on Twitter at @jedmackay.

“Twenty-five years ago when I was digging through the commons and uncommons bin to build my first deck, I would never have thought that one day I would be handed the reins to the Magic: The Gathering comic, but here we are!” said MacKay. “I'm extremely psyched to be digging into the world of MAGIC and all that entails, and can't wait for all of you to see what we've been cooking up for you!” 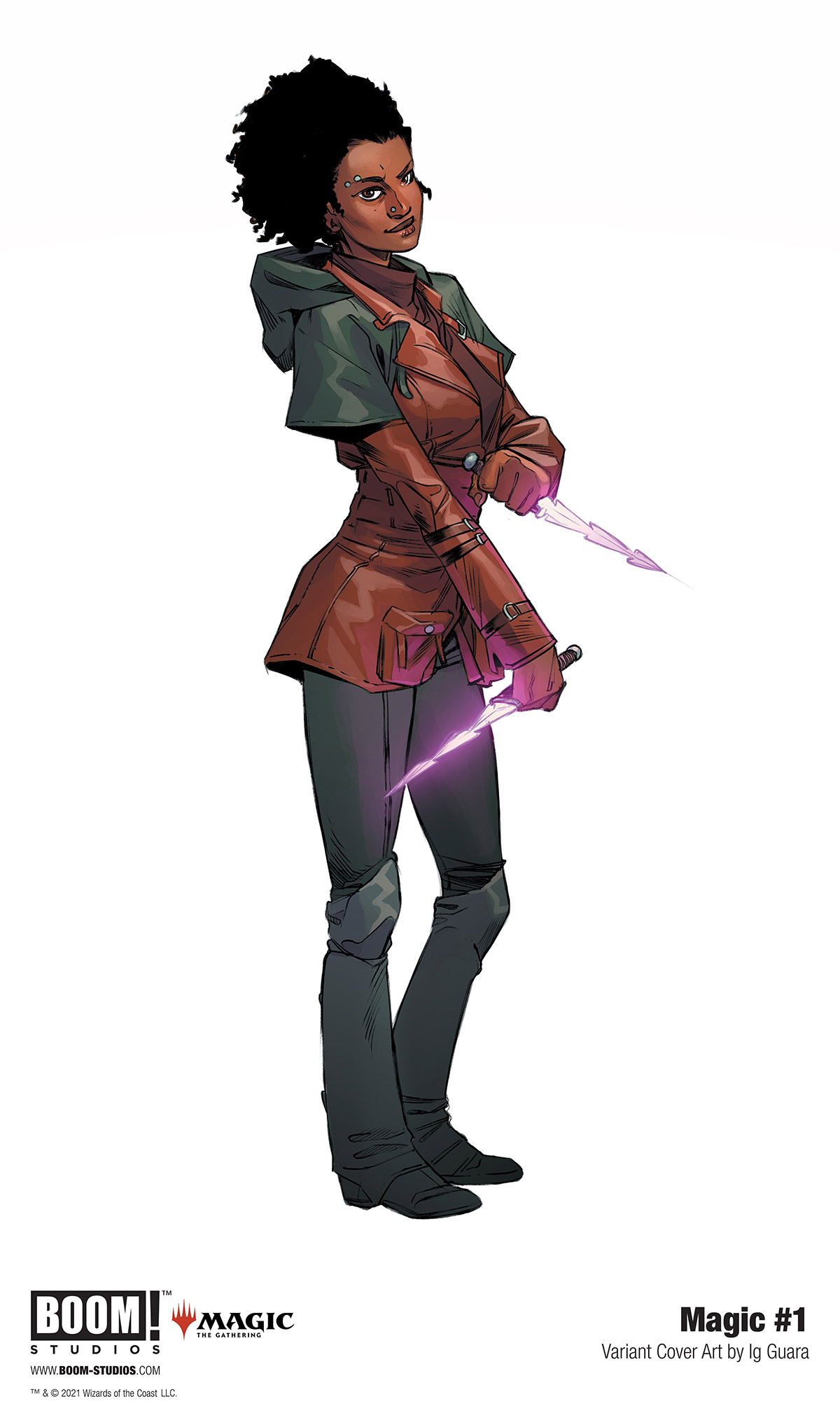 Ig Guara is a Brazillian comic book artist, who has worked with publishers including Marvel Entertainment, DC Comics, and Image Comics, on series such as Ghost Spider, Batman: Arkham Knight, and Rose. You can find him on Instagram @igguara.

“It is amazing to be able to tell a story in the universe of a game I have been playing for over 20 years! I battled the Affinity deck and watched the Phyrexian take over Mirrodin,” said Guara. “I was actually finishing a new Commander deck when the proposal came so you can imagine just how excited I am to be working on this series, and bringing this world alive for fans everywhere!” 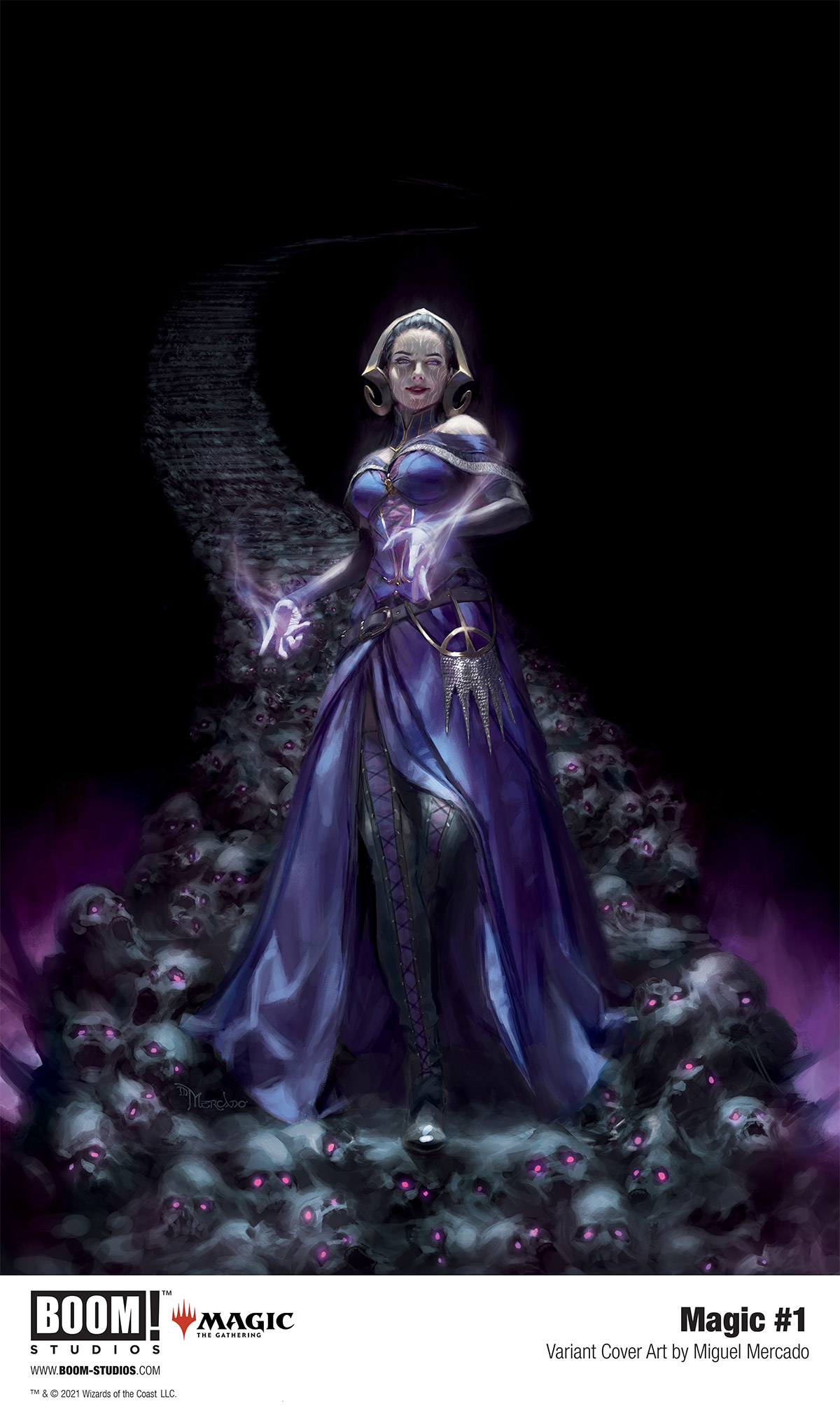 “Magic: The Gathering is more than a game—it’s a rich, expansive multiverse and mythology you can really live in and spend an infinite amount of time traversing. This all-new and unique story we’re launching into is full of beloved characters and shocking reveals from the world of MAGIC that are going to entertain readers new to the brand and surprise lifelong fans in the best possible ways,” said Bryce Carlson, Vice President, Editorial & Creative Strategy, BOOM! Studios. “Jed, Ig, Arianna, Ed, all of our incredible cover artists, and the entire team at BOOM! Studios are firing on all cylinders so I can confidently say that this is far and away the best Magic: The Gathering has ever been executed in the comics medium. Period.” 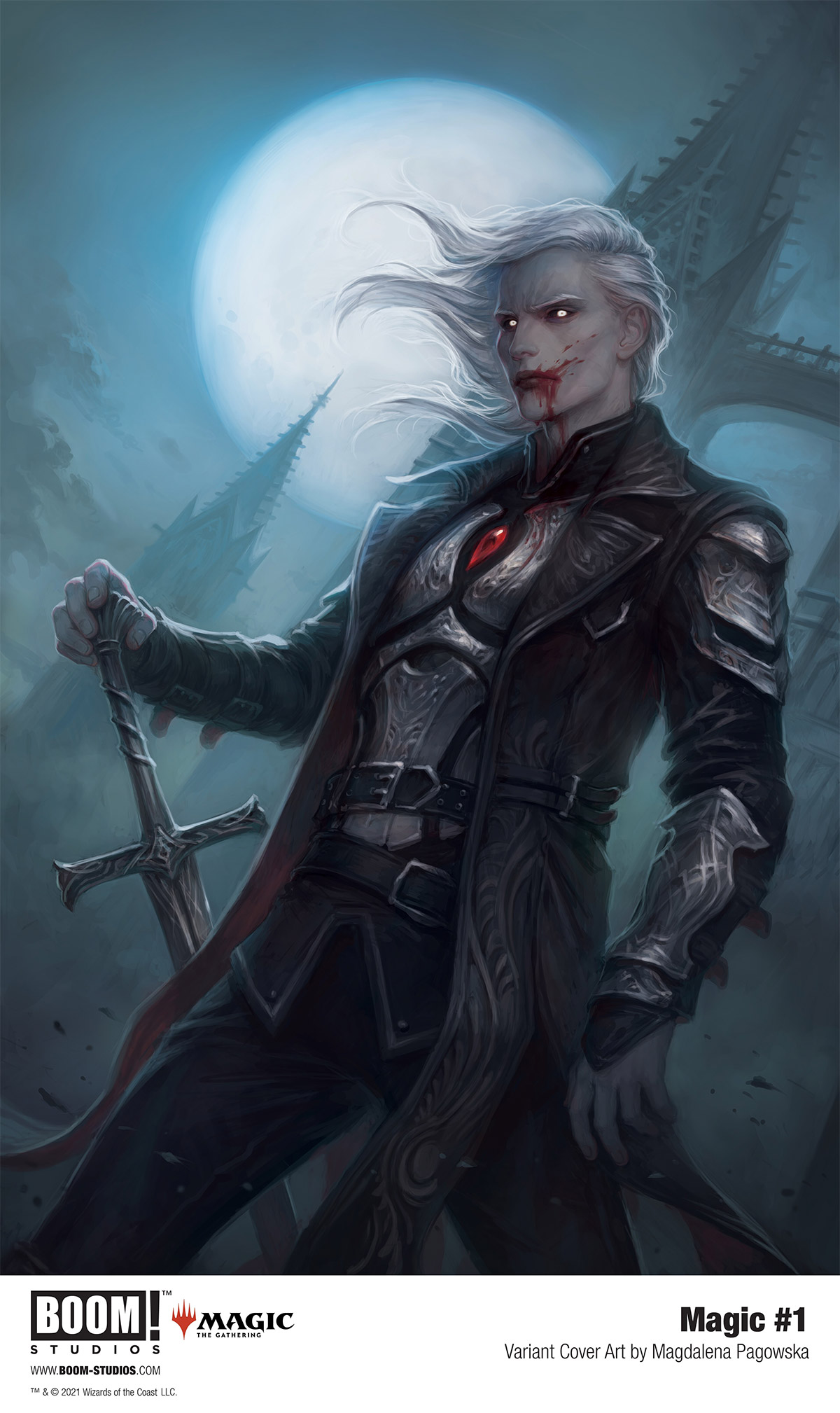